30th anniversary of the Velvet Revolution 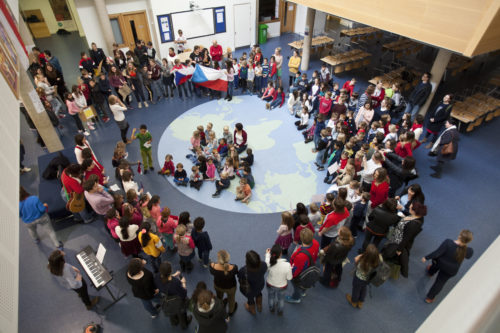 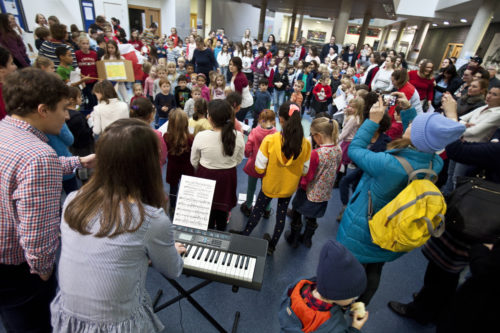 It was Saturday, November 16 th and from the very morning it was obvious that the day is somehow special. Most of the children wore national colours and also the program of lessons was slightly changed. After the lessons finished, we met in atrium and commemorated, showed and explained the events that happened not that long ago.
During the day we saw some videos with demonstrations and older children made their own banners which were brought to atrium later that day, where Radka and Štěpán were talking about their memories. We hung our flag and sang songs related to the revolution. We also sang national anthem which was accompanied by “Hudební půlhodinka”.

Czech School Without Borders, London took part in the national competition in the Czech language. The competition was organized by the worldwide association of Czech Schools. CSWB, London prepared the first school round on 4th May 2019. SIx children from year 2 – 6 wrote a test checking their ability to understand a text, to write a story by their own and checking how children can understand the Czech sayings. The competition was divided into 2 categories and CSWB London chose from each category the two best-written tests and send them into the worldwide round of the competition. At the end of May, the results will be announced but the school round has already been checked and resulted and CSWB London will announce the results on 6th June in the occasion of the Summer Party. 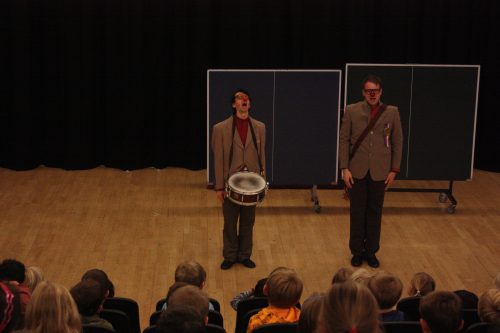 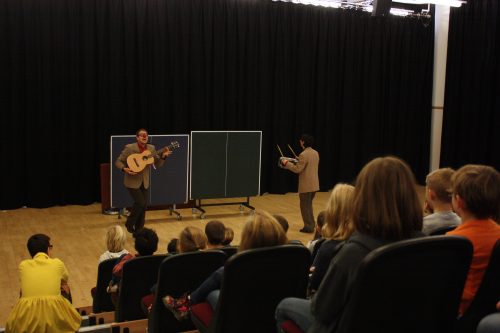 On Saturday, November 17, 2018, an event called “KLAUNIÁDA” took place at the Czech School without Borders, London. The event was held for pupils from kindergarten to grade 4. The school was visited by two clowns from The Bolek Polívka Theatre Ensemble from the Czech Republic. The Clowns played a theatrical performance about two gymnasts from the Czech association called The SOKOL (The FALCON). During the show, they pretended to fight and they were merely teasing each other. This initiated a series of comic moments which was fun for both the children and the teacher. On the backdrop of all jokes the children witnessed a wonderful friendship between Čeněk and Břeněk, saw several acrobatic elements, heard The SOKOL (The FALCON) anthem and found that The FALCON is not just the name of a bird but it is also a name of a physical educational community which has a strong connection to Czech history. The whole performance was very enjoyable for children as they were singing, stumping and dancing with the clowns as the performance came to the end. Everyone, who attended the show, was leaving with a big smile on his face. 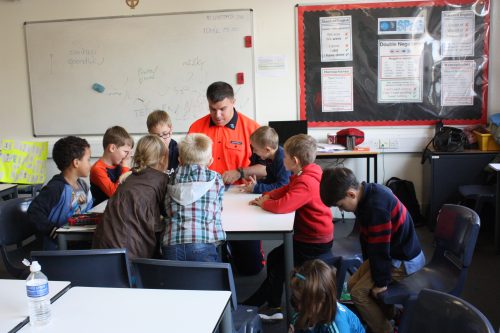 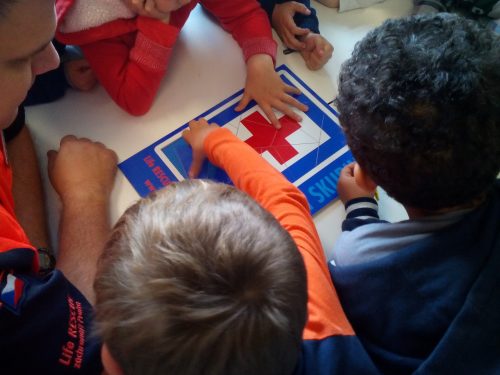 A Centenary of Czech republic 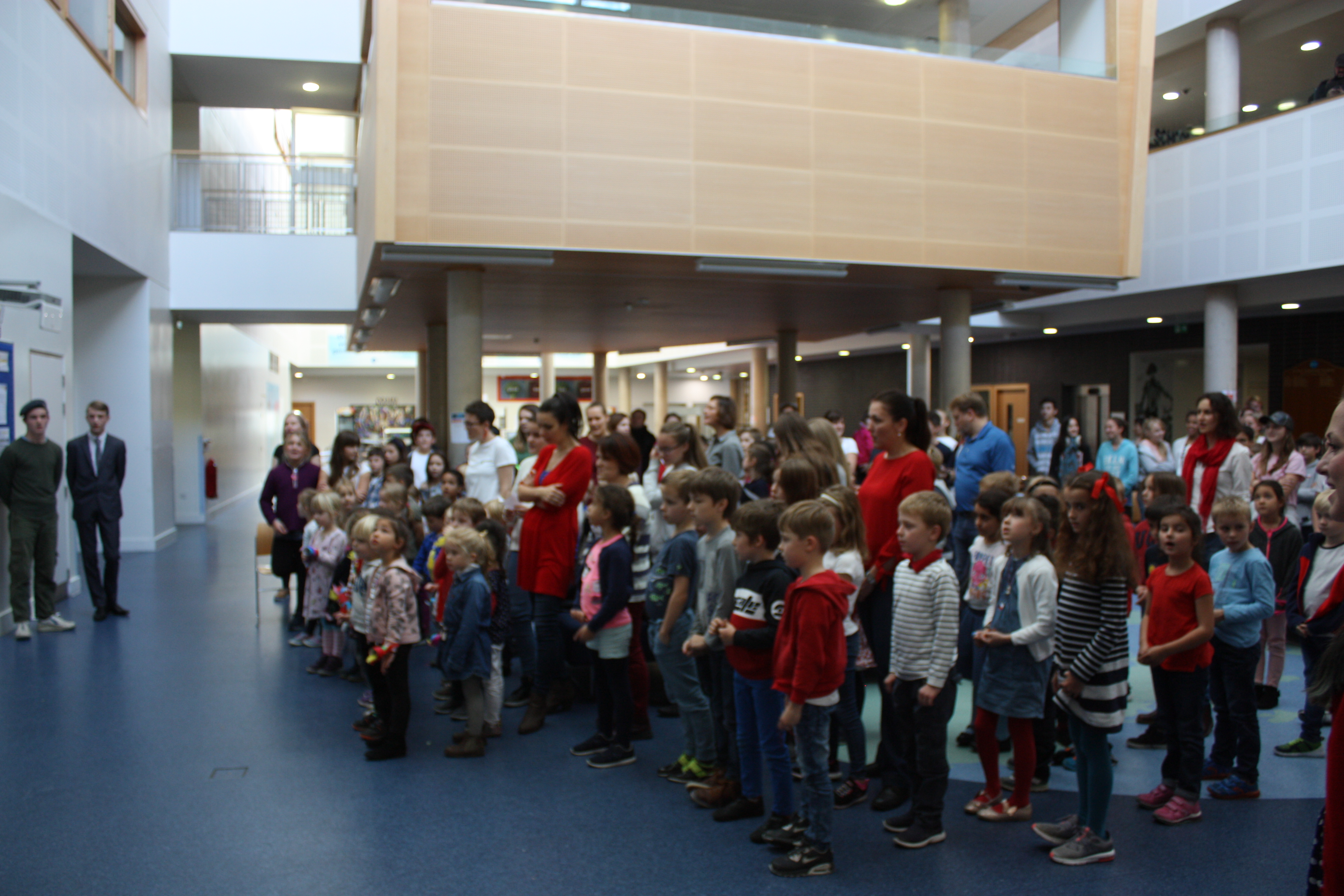 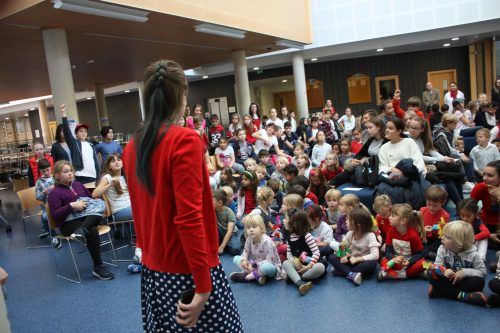 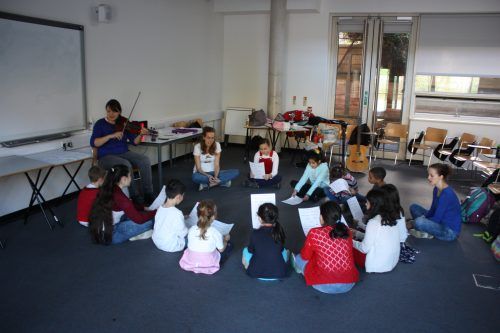 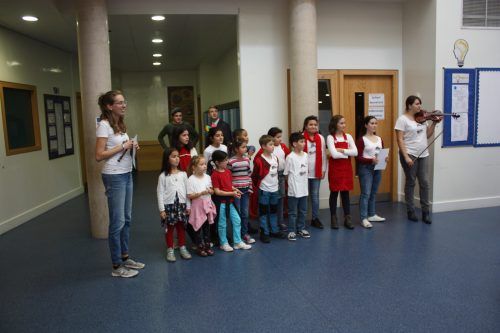 PLAY Through The Borders 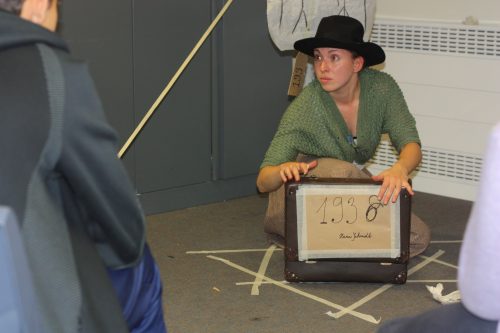 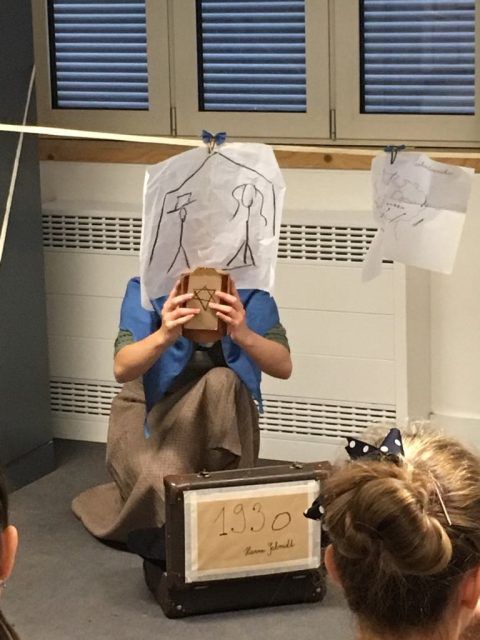 The theatre performance called PLAY Through The Borders was held in Czech School Without Borders, London on Sunday 15th September 2018. The performance was prepared by Michaela Váňová (screenplay and directed by her herself), a Czech actress and a theatrical lecturer of Czech Theatre Minor. The solo performance inspired by the real stories of children from so-called Kindertransports was accompanied by the music of David Hlaváč. The performance took place in the library two times, firstly for children from the fifth and the sixth class, secondly for the pupils of the seventh, eighth and the ninth class.

The Kindertransports were the main topic of the play. The kindertransports were trains with Jewish children going from Czechoslovakia to Great Britain thanks to Sir Nicholas Winton so who rescued over 600 children from going to concentration camps. The actress, Michaela Váňová was inspired by the real stories of rescued “Nicholas Winton´s children.” In the play, Michaela is a nine-year-old Jewish girl Hana that is waiting on the small train station in Great Britain in 1939. She is waiting for her new adoptive parents and she realizes that no one understands her. Through paintings, music, dancing movements and mainly words she explains her Jewish origin, the situation in Czechoslovakia and the reason why she had to leave her country.

After the performance, there was a place for the questions and discussion so children could ask about the time of the play, about the story or the performance itself. Children were interested in the play very much, they discussed together how they would behave in the similar situation, they also added their own stories and facts they have read, heard at English schools or they were told by their older relatives.

The performance in the Czech language with the educational idea supported the breaking of language and cultural barriers; it also supported the intercultural thinking and the feeling of national identity of Czech people living abroad.